Isn't it supposed to be spring?


Following a week of weather that made us all think that spring had finally arrived; today we ended up with another day that suggested otherwise. A good turnout of 32 riders gathered at the start. It was good to see several new faces in amongst them. On her first ride as leader, Verity turned tradition on its head by letting the second group head off first. With Julia leading the second group with typical Teutonic efficiency; this reversal of roles was a good idea and avoided the potential embarassment that would have resulted had the second group caught up with the first. 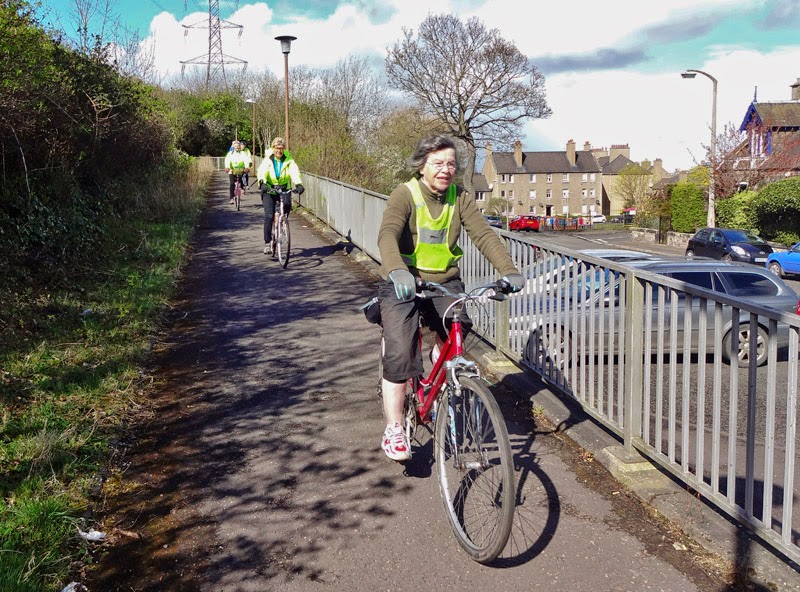 With the strong wind behind us, we zoomed out of town via the Innocent Railway towards Brunstane. A short stretch on the very busy Milton Road was followed by a more relaxed ride to the edge of Portobello via the cycle path and bridge over Sir Harry Lauder Road. Following a ride along the busy Portobello High Street, we made our way onto the promenade where the wind whipped up a sand storm. It now began to rain and the colour of the sky [in the direction we were heading] looked as if it would be more substantial than a passing shower. With waterproofs on we pressed on along the prom towards Leith. We took the cycle path through Restalrig, snaked around the back streets of Bonnington and came out on the Warriston Path. We went up the Goldenacre Path to Five Ways where we turned back and headed in the direction we had come from. This led to a little confusion in the group with questions of, "isn't this the direction we just came from?" To add to the confusion, the two groups met at one point travelling in opposite directions. We cut through and crossed the very busy Commercial Street and made our way to Ocean Terminal for lunch. Given the cold, wind and hail shower it was little surprise that no one wanted to picnic outside. 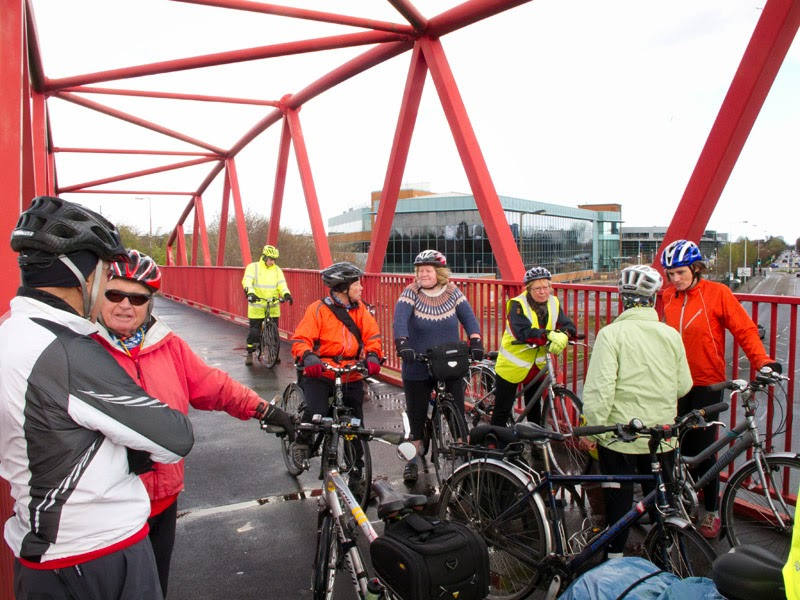 Suitably refreshed we headed off in the cold but dry weather onto the familiar cycle paths of north Edinburgh. As is now customary, we stopped briefly on the red bridge near Crewe Toll before carrying on down the Telford and Roseburn Paths. The familiar route down the zig-zags, along Dalry Road, through the Telfer subway, along the canal to Leamington Bridge and along Gilmore Place delivered us back to the Meadows.

We had a couple of mechanical issues, one puncture and a bag that needed extracting from a rear wheel. We also endured cold, wind, rain, hail showers and a sand storm. One of the group blamed the weather on the geostrophic wind. No idea what it means, but it sounds impressive. Let's hope May's ride is blessed with better weather.

Posted by Glenn Brearley at 23:00 No comments: 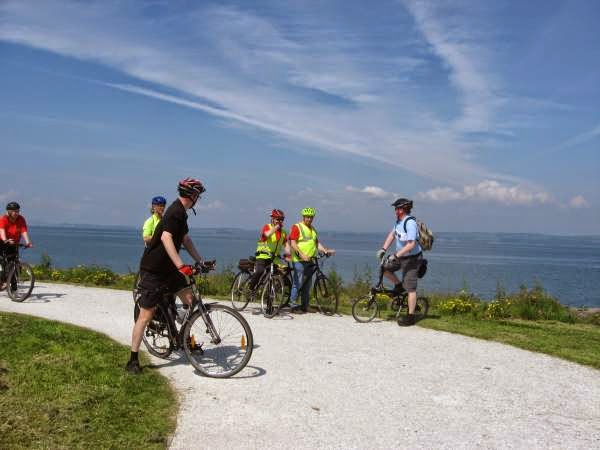 For this month's ride, Verity and Julia will be taking us on a circuit of bike paths in the Portobello / Leith area. Our lunch stop will be the Ocean Terminal, where there are some nice picnic tables overlooking the harbour. For those who prefer not to bring their own food, there are several cafés and sandwich shops in the shopping centre where you can pick up a snack.

We'll meet at our habitual starting point, at the top of Middle Meadow Walk, ready to leave by 10.30.

The ride will end mid-afternoon - perhaps between 3 and 4 pm.
Posted by Mike Lewis at 10:23 No comments: