Four seasons in one day in north Edinburgh

Any hopes of a record turnout for the first 20 Milers ride of 2015 seemed to have been dashed by the previous night's strong winds and heavy rain. The forecast for more strong winds and the possibility of snow was not appealing. After an unpromising start, we managed to muster a total of 20, including several new faces

Before we had reached the canal at Leamington Bridge, the group had been buffeted by several strong gusts of wind, one of which blew a rider clean off her bike, fortunately without injury. The weather settled down for a while. Having crossed the tram tracks at Haymarket without incident, we stopped to regroup. At this point the sky went very dark and we were battered by a heavy shower of stinging sleet as we made our way towards the Roseburn Path and on to Silverknowes.

By the time we reached Silverknowes Esplanade the sun was shining down from a cloudless blue sky. This had all the makings of a typical Edinburgh four seasons in one day type of day, except it never got warm. The group had gradually become more and more spread out. 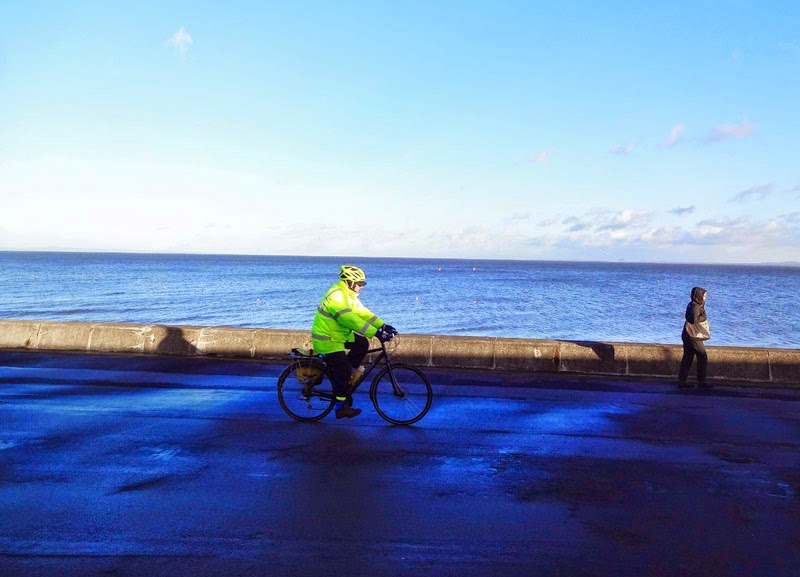 There were now two groups. We had already decided to abandon plans to go along the Western Harbour Breakwater near Newhaven Harbour as it was very exposed and we didn't fancy getting blown into the Forth. The first group stuck quite rigidly to the agreed route. But they were forced to take a diversion due to a path closure. This led them across a wet and slippery wooden boardwalk which resulted in a faller; fortunately without injury. The second group were somewhat lax in sticking to the agreed route and managed to arrive at the lunch stop in Leith first. We split between two venues for lunch.

Suitably warmed and fed, the two groups became one again as we headed back towards town via Portobello, the Magdalenes and the Innocent Railway. The skies became very grey and we finished the ride through sleety snow. Our only respite from it being our ride through the Innocent Tunnel. 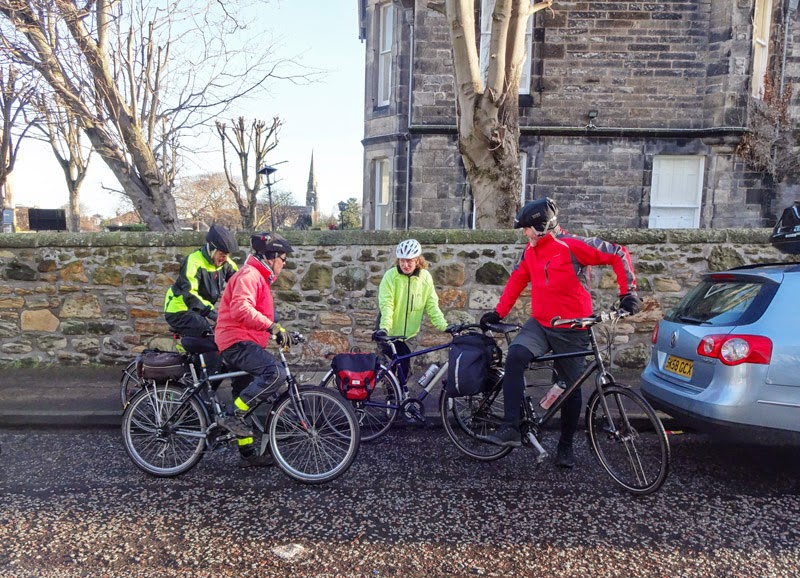 Thanks to Mike for leading us on an interesting first ride of 2015; one which could so easily have fallen victim to the weather. Although the weather was far from ideal, it was considerably better than the forecast had suggested.

Posted by Glenn Brearley at 12:24 No comments: 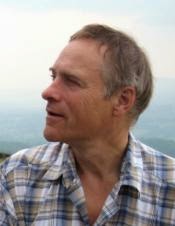 I am sorry to report that one of our long-standing members, Andy Hunter, has died at the age of 60.

Andy was a well-known member of the Edinburgh cycling community. He often led our 20-Milers rides, the most recent one being just last month, when he took us on a tour of south Edinburgh, serving mulled wine at the rest stops.

He was an active member of Spokes, and had recently started leading rides for Ageing Well. He organised an annual bike ride for his church, and feeder rides for Pedal on Parliament. As the founder of Storybikes, he combined his love of cycling with his role as a professional story teller, organising cycling tours of Scotland for visitors from around the world. His story-telling reached audiences on BBC radio, at the Edinburgh Book Festival, and at the Scottish International Storytelling Festival.

I don't have much information about the circumstances of Andy's death. According to a report in the Herald, Andy was in England at the time, cycling to a friend's funeral in Herefordshire. His body was found alongside his bike at the side of the road in the village of Michaelchurch Escley. I understand there were no other vehicles involved and no suspicious circumstances. A post-mortem was carried out, and this showed that he died of a heart attack.

There will be a funeral service for Andy on 23rd January at 11am in Polwarth Parish Church, then at Mortonhall Cemetery.
Posted by Mike Lewis at 15:33 No comments:

First ride of 2015 this coming Saturday 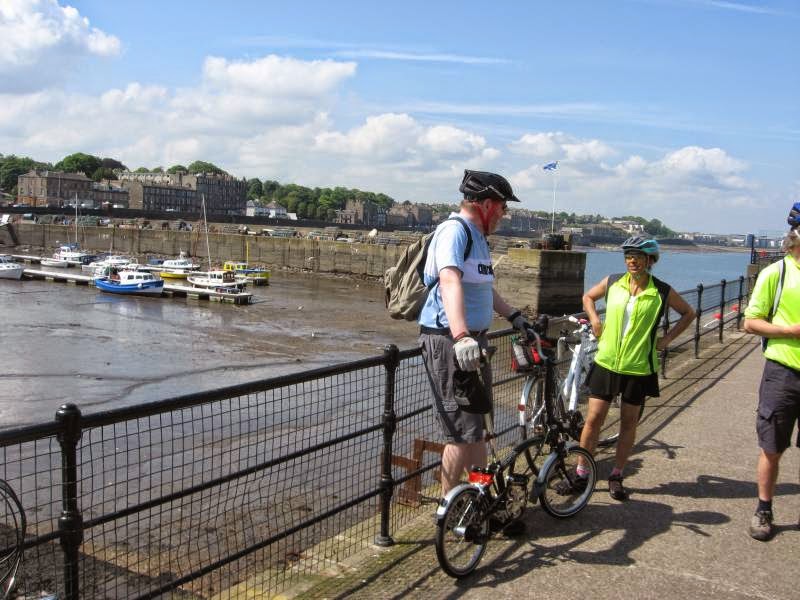 For Saturday's ride, we'll be heading north to Silverknowes, then following the waterfront towards Portobello, visiting the harbours at Granton, Newhaven and Leith along the way. The total distance will be about 21 miles. Most of the route will be on tarmac, and it will include a couple of stretches on main roads that might be busy with traffic. There'll be a few moderate hills.

For lunch, we'll stop at the Shore in Leith, where there are several cafés to choose from, plus benches for those of us who prefer to bring a picnic.

As always, the above route information should be regarded as provisional. On all our rides, we might change the route or destination (but not the meeting place or time) at the last minute, according to the weather or other factors.