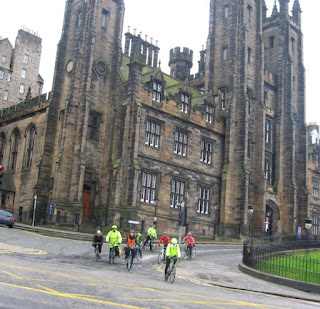 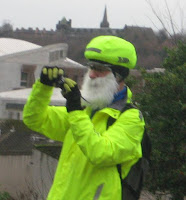 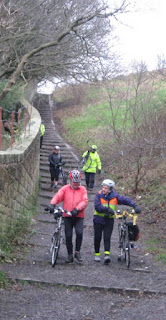 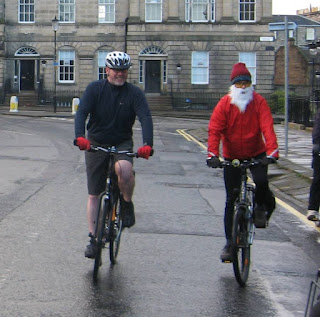 We've got our traditional Christmas morning ride this coming Friday (25th). You're very welcome to join us if you are free.

One of the advantages of cycling on Christmas Day is that the traffic is relatively light. We will take advantage of that to visit parts of the city centre where we might not otherwise cycle. I can't tell you our exact route just now, but it is likely to include the Castle, Princes Street, Calton Hill, and nearby districts. The total distance will be about ten miles.

Although we'll take the ride our usual relaxed pace, be warned that there will be a couple of steep climbs (including the aforementioned Calton Hill), a number of cobbled streets, and possibly one or two short flights of steps to negotiate.

We'll leave at 10.30, from our usual meeting spot at the north end of Middle Meadow Walk. We'll return to the Meadows by 13.00 at the latest. Obviously, there will be no lunch stop, and nowhere to pick up a coffee en route, so you might want to bring a snack to keep the hunger pangs away.

Like all our runs, this one is "just turn up" - no need to book in advance. It's open to all, so feel free to bring your pals or family members.

For those who have better things to do on Christmas morning, our first ride in 2016 will be on 9th January.
Posted by Mike Lewis at 08:42 No comments: 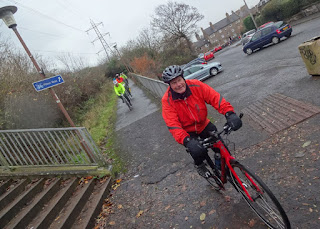 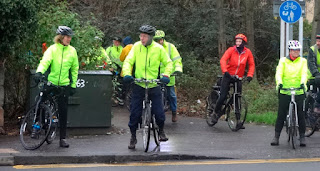 Posted by Glenn Brearley at 22:50 No comments: