I've set up a Facebook page for 20milers - not sure yet if it'll be useful, but please visit and "Like" the page if you're interested.
https://www.facebook.com/20milers
Posted by Livia at 16:38 No comments: 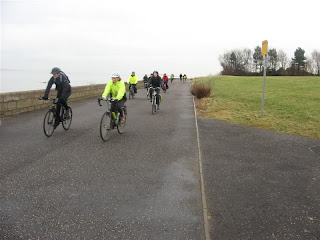 Leader: Alan
Posted by Livia at 15:28 No comments:

The next ride will be Saturday 14th January. Alan will lead us on the route planned for December (cancelled because of snow) around north Edinburgh, with lunch in Cramond. Please bring bike lights in case of delays, or for getting home after the ride.
February's ride will be on Saturday 11th Feb. More details nearer the time.
If you would like to be added to the mailing list for a monthly email about the 20milers rides, please send us an email to the address on the left.
Posted by Livia at 21:35 No comments: