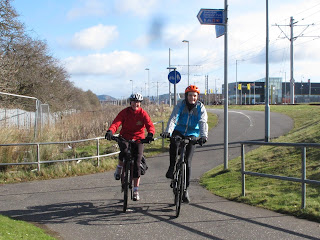 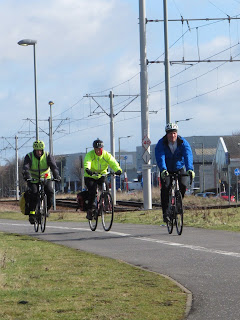 Posted by Glenn Brearley at 22:51 No comments:


For our ride this coming Saturday (9th), Bill will be leading us on what promises to be a pleasant run out to Ratho. We'll be heading out via Murrayfield, Balgreen and Hermiston, returning by way of Gogar and the Corstorphine railway path. The total distance will be about 24 miles, mostly on well-surfaced roads and paths but with one section that might be rough in places.

For our lunch break, we'll stop at the International Climbing Arena. There's a useful cafe there, offering splendid views of the climbing wall, as well as a large terrace with picnic tables.

We'll meet as usual at the north end of Middle Meadow Walk in time to leave at 10:30. We should be back at the Meadows around mid afternoon.

I hope to see you there.
Posted by Mike Lewis at 10:15 No comments: