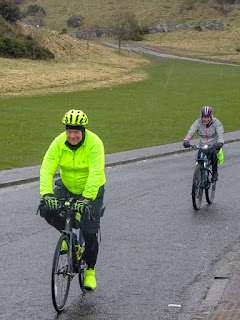 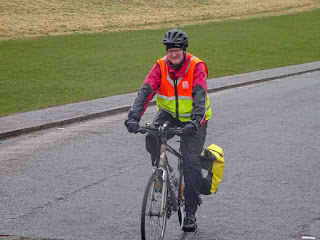 
Posted by Glenn Brearley at 20:21 No comments:


This month's ride will take place on Saturday (10th March). Jenny Tizard will be leading us on a tour of Edinburgh's waterfront, from east to west. I understand the route will include a few wiggles that might be unfamiliar to most of us, which should make for an interesting ride.

For our lunch stop, we will aim for Cramond. Those of us who are foolish enough to bring a picnic will find a nice bench by the river. The rest of you can head for the comfort of the Cramond Falls cafe with its open fire.

After lunch, we'll head back to town via NCN 1, arriving back at the Meadows around mid-afternoon.

The total distance will be about 20 miles. There will be two steep-ish climbs, but there will be no other difficulties. The route will be almost entirely on well-surfaced roads and paths.

We'll meet as usual at the north end of Middle Meadow Walk, leaving at 10.30.

Please keep in mind that the above details are provisional. We always reserve the right to alter the route or the lunch arrangements at the last minute - especially if the weather is bad or if there is a risk of ice or snow on the paths. But the meeting time and place won't change.
Posted by Mike Lewis at 19:39 No comments: