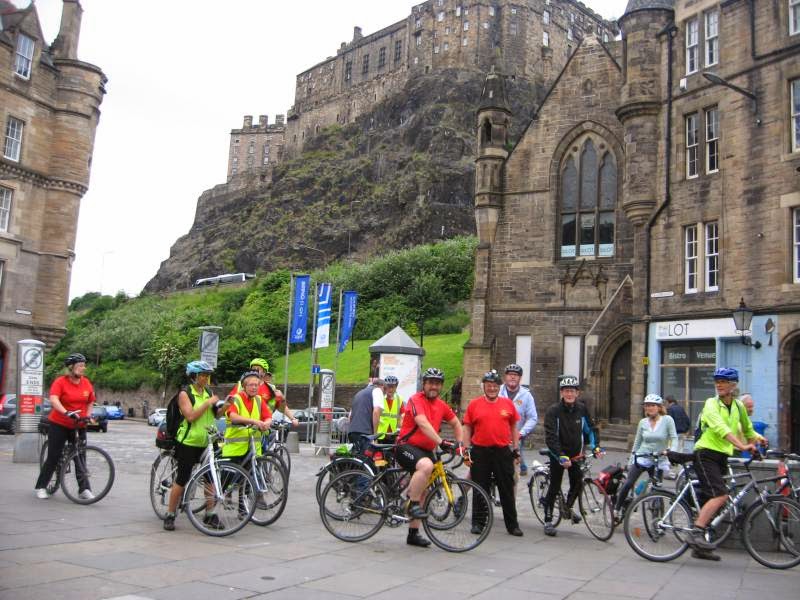 
View 20-Milers Summer Solstice Ride in a larger map
Posted by Mike Lewis at 11:27 No comments:


A reminder of our evening ride this coming Friday (20th June). It will be about 15 miles, give or take a bit, and will last about three hours. Friday is very close to the summer solstice, so we should be in daylight the whole way, but I suggest you bring lights in case we get delayed.

We'll meet at our usual spot at the top of Middle Meadow Walk, ready to set off at 18.30. As with all our rides, this one is free, with no need to book in advance.

Note that we are not planning to stop for a meal during the ride. You might like to grab a bite to eat before we start, or bring a snack to keep you going until we finish. No doubt some of us will adjourn to a pub after the event.

Our next normal monthly ride will be on Saturday 12th July; I'll post more details of that nearer the time.
Posted by Mike Lewis at 20:02 No comments: 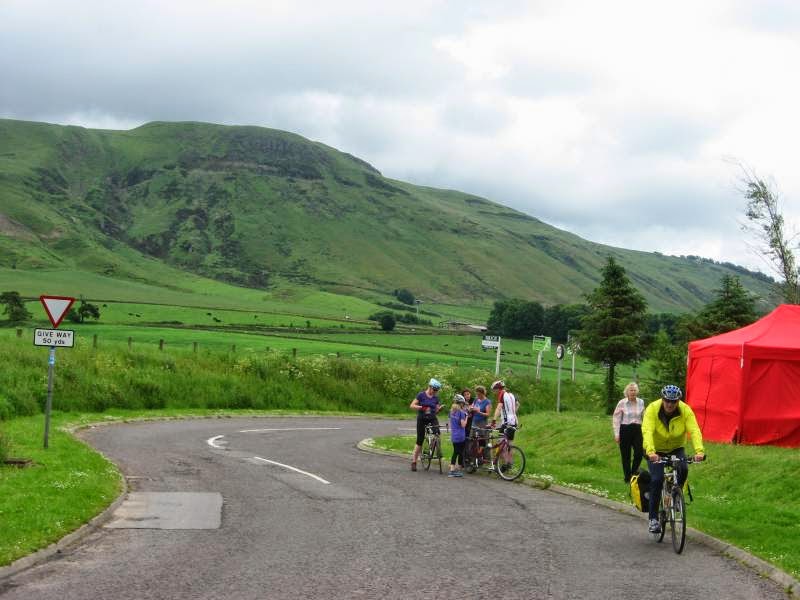 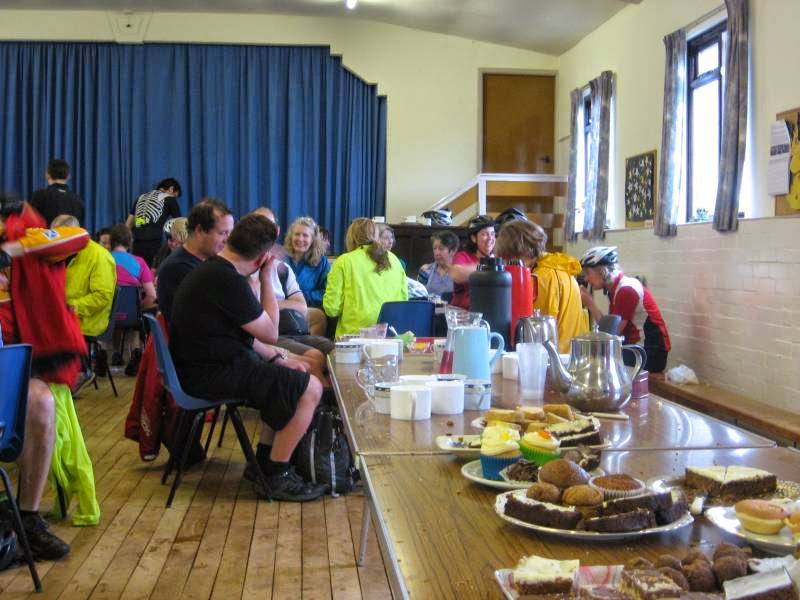 June ride to Dundas and Queensferry 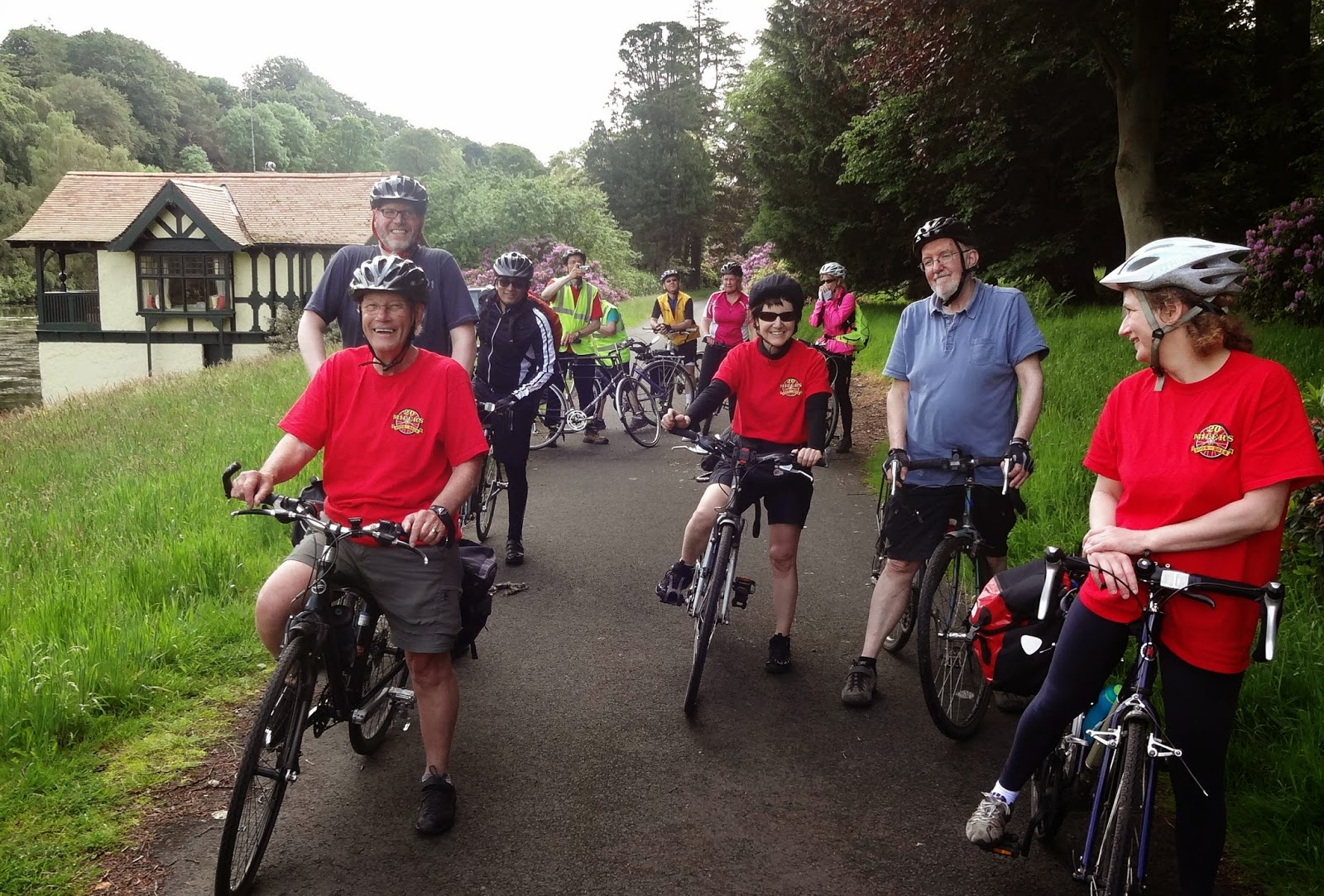 A dozen or so of our regular riders were on the Lepra ride yesterday, but we still had fifteen - including some new faces - for Ken's run out to South Queensferry.

Starting as usual at 10.30 at Middle Meadow Walk, we headed across the Meadows and round the back of Tollcross to join the canal at the Leamington Lift Bridge. We were very careful on the short canal section (one of our more senior members having had an unexpected swim while out this way recently) and then under the Western Approach Road at Fountainbridge, through the wee park at the back of Dalry, a left and a right, and then onto the cycle path at Russell Road.

Unhurried, and now mindful that it was really quite warm, we took the NCN 1 path down to the junction at Craigleith and bore left out towards Davidsons Mains, Barnton, and our usual stop for sweeties (the ride leader having brought some excellent toffees) on Cramond Brig.


We then climbed the little hill up to the flyover over the main road, but we couldn’t continue along the cycle path as this is in the process of being upgraded (and, while it will take some time to do that, it looks like a good job is being done). So we took the Kirkliston Road past the Craigie Farm road end, and then joined the old railway path at Carlowrie.

Rather than heading straight into South Queensferry at this point, we went a mile or so down to Kirkliston, then headed north for a short distance, and into the entrance to Dundas Castle. This often-overlooked estate (see photo) is really lovely, especially the pond and boathouse, and gives an interesting loop south and west of South Queensferry.

After that, it was a very quick run into the town, with a lunch stop on the steps overlooking the shore. Some of  the group headed for the Picnic Café, which served us well - as usual. It was mild enough to sit outside, even though there was a touch of haar.

After being fed, we took a steep - but very short - climb up The Loan to the Ferryglen path to Dalmeny village. Rather than retracing our outward route on the Kirkliston Road, we cut through the Dalmeny Estate to re-join NCN1 at Cramond Brig.  For the final leg, we headed back the way we’d come, for a coffee stop at the Meadows - a fitting end to our 25 or so  mainly sunny miles.