Valentine's Day ride through the mist 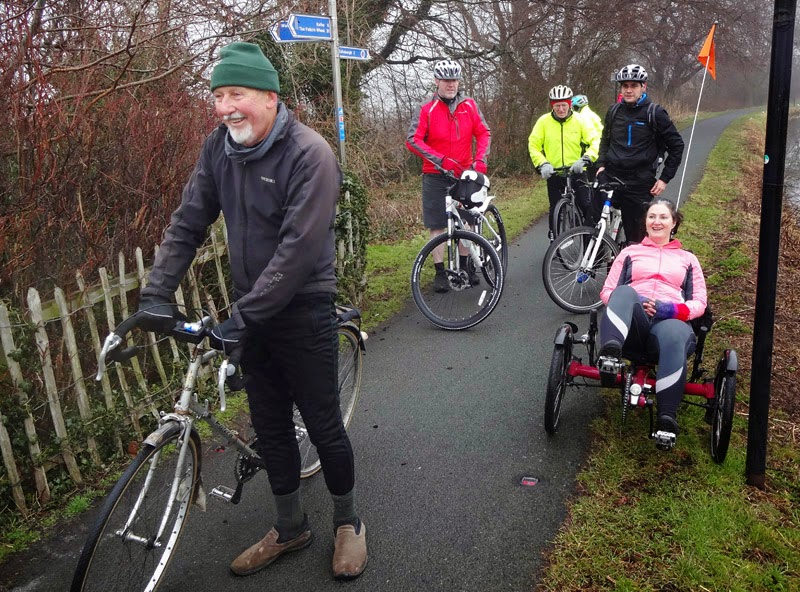 The February 20 Milers began in murky and misty conditions. The weather forecast suggested that it would have cleared somewhat by lunchtime. This was not the case and peering through the gloom with lights on was the order of the day. There would have been some fine views, but they remained hidden in the mist. It was a pleasant change not having to worry about ice. Although it was milder than of late, the damp and misty weather made it feel colder than expected.

It was good to see a few new faces along with a recumbent rider that had not ridden with the group for several months. We set off with 26 riders split into two groups. Arriving at the canal, it was one of those rare occasions when the Leamington Bridge was raised. Most carried their bikes up the steps, whilst a few (including the recumbent rider) opted to ride down to the canal basin and up the other side. 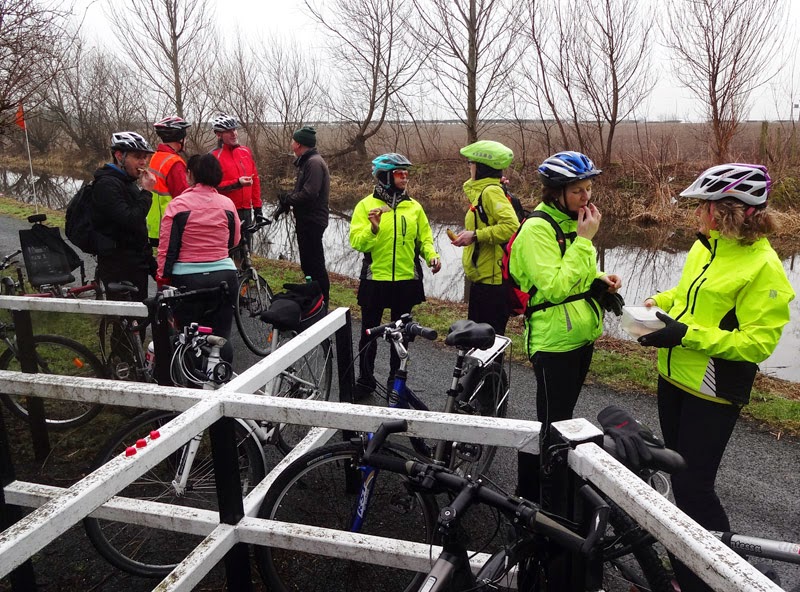 We pressed on alongside the canal through Wester Hailes. On leaving the canal towpath to make towards the Royal Bank of Scotland HQ; the second group had a pleasant surprise. The first group had left them some heart-shaped chocolates on the barrier beside the path. Having polished off these surprise treats; one of the riders passed round some delicious homemade heart-shaped biscuits she had brought along. On past the Royal Bank of Scotland HQ, over the bridge and down the lovely sweeping path that brought us out beside the A8 and on beyond Gogar Roundabout. Along Turnhouse Road and onwards to whizz down Cammo Walk. We carried on making our way eventually to the steep climb up the road to Craigie Farm for a well-deserved lunch stop. During the course of the morning, the five minute gap between the two groups had increased considerably. As a result, a few minutes after the second group arrived, the first group headed off. On the run back into town, both groups suffered more punctures in addition to having to take a diversion through the Dalmeny Estate whilst NCN1 is closed for widening and resurfacing. Once the diversion had been navigated, it was back onto familiar territory and the run back to the start via Cramond Bridge, Barnton, Roseburn Path, Dalry, the Telfer subway and the canal.