Northern reaches of the city 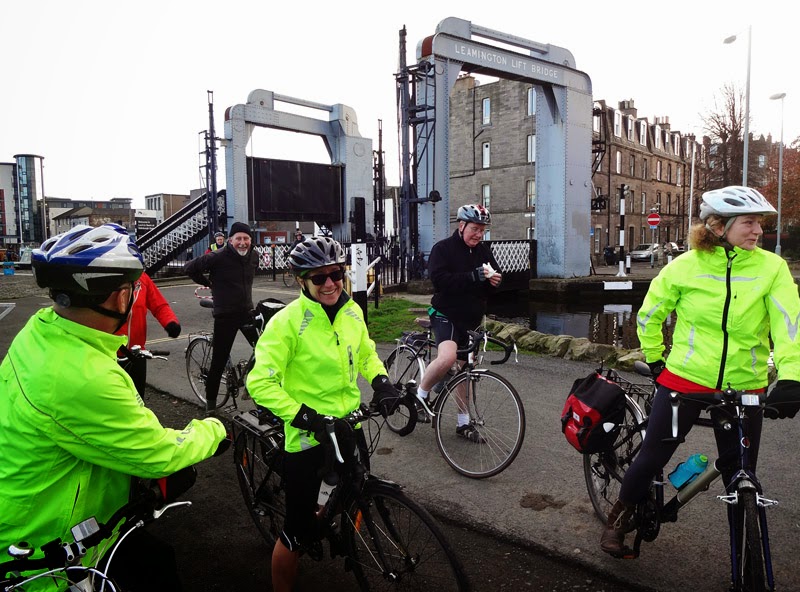 When our leader, David planned the route for the November ride he expected bad weather. As a result of this and due to the earlier arrival of darkness at this time of year, he settled for a shorter and easier route of just 18 miles. A drier and milder day than anticipated resulted in 33 riders turning up - a record turnout for 2014.

As is now the norm, we split into two groups; the second giving the first a five minute start. We rode through the Meadows to join the canal at Leamington Bridge and on towards Harrison Park where we left the canal and headed through the back streets to join the Roseburn Path. From there we headed to Silverknowes and into the grounds of Lauriston Castle stopping to visit the Japanese Garden. After admiring the lovely autumn colours and partaking in toffees we headed to Muirhouse before looping back along Marine Drive to join the Silverknowes Esplanade. 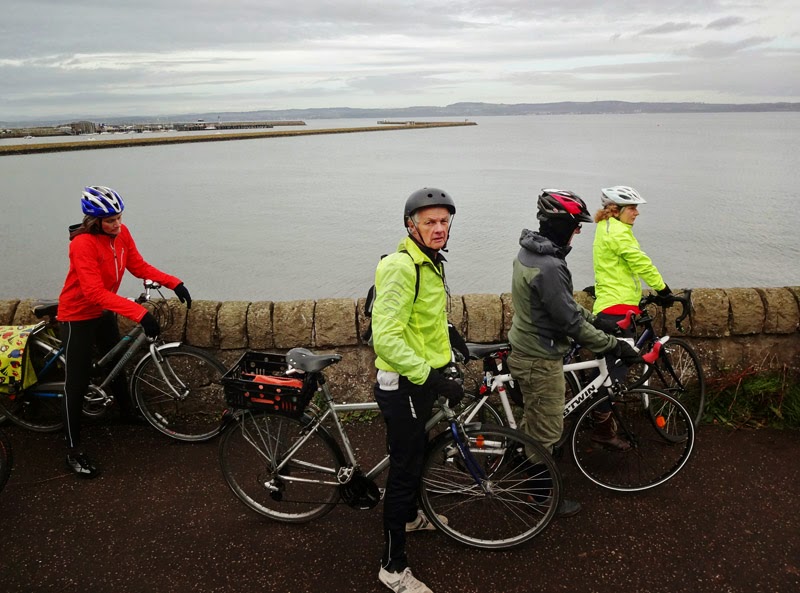 At this point the ride became very technical and we all had to engage our brains. We tried to see how accurate our bicycle odometers were against a known 1 km marked course, in this case the 1-2 km of Edinburgh Park Run along the promenade at Silverknowes. This course has been measured accurately using a bicycle and Jones Counter that had been calibrated along the 1 km measured straight at Meadowbank. Starting at the 1 km mark we cycled 0.62 miles and then stopped. All of us were short of the kilometre marker not surprisingly with the rounding that we had to do, but the variation between us was almost 30 metres. All of the cycle computers are measuring as idealised circumference for the wheel, but the actual circumference will vary because of tyre pressures and our own centre of balance on the bike (do we lean forward a lot onto the handle bars or sit back on the seat more). The main factor though is that we do not cycle in a straight line, we weave about and never really take the shortest possible route cutting all of the corners and all of these things add up. 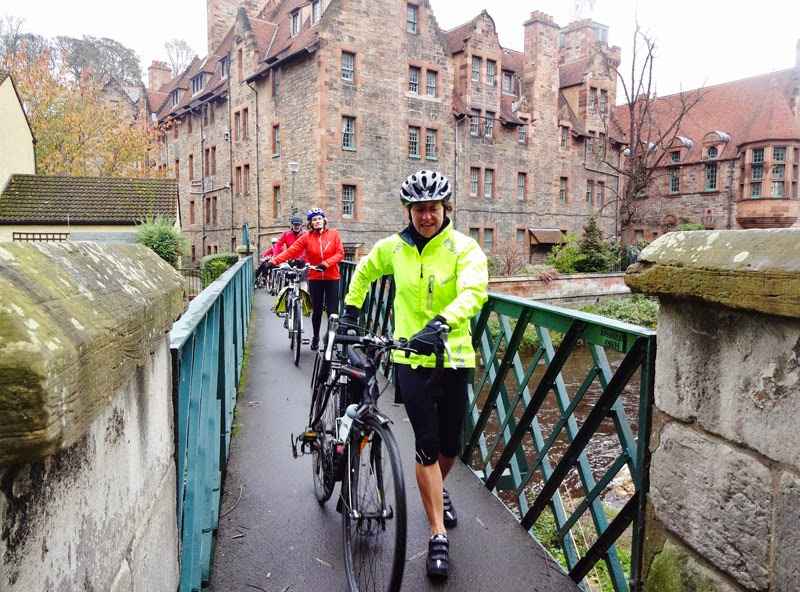 After so much concentration and thinking we were all ready for lunch. Following a stop to repair a puncture as we got to the end of the Esplanade, we pressed on through Granton and on to Stockbridge via the Trinity and Goldenacre paths. From there we made our way to the Scottish Gallery of Modern Art for our lunch stop. We enjoyed a very nice and most welcome [late] lunch. Many of the group were brave enough to sit outside whilst a few opted for the warmth and comfort and sat inside. Suitably replenished we set off back to the start via the familiar Roseburn path route. Many riders peeled off and headed for home with a small group returning to the Meadows for a post-ride coffee.

The rain had stayed off for the ride; but it came later and made the ride home for the final few quite unpleasant. Thanks to David for leading us on an interesting ride with the technical bit in the middle. Unless we get an unbelievably high turnout for the December ride, he will have the kudos of leading the largest ride in this, the 20 Milers tenth anniversary year.