The leading ladies ride to Cramond 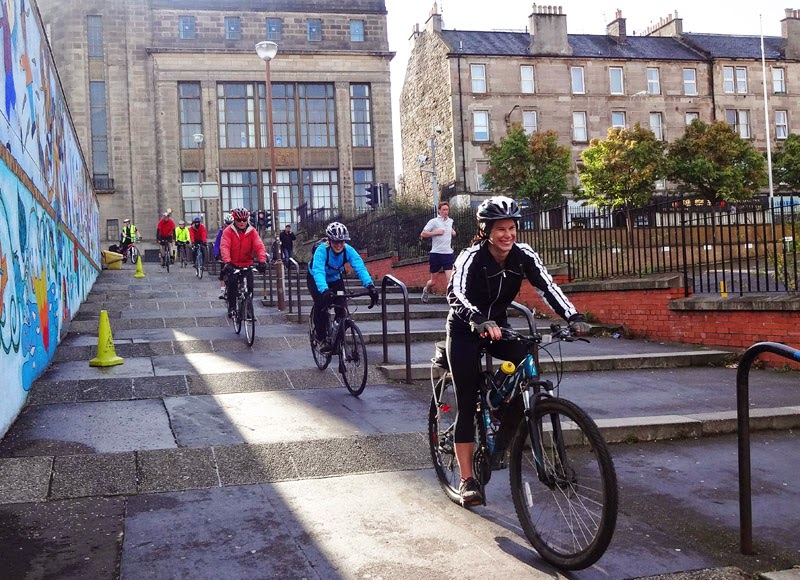 On a lovely autumnal morning it looked as if we were going to have less riders on the actual ride than had been on the recce. Having gathered together late comers (including a few that joined after we had set off) we eventually had 24 riders. We split into the now obligitory two groups. Somehow the split went awry with one group of 7 and the other of 17.
Today the ladies were in charge (what's new there then? I hear you ask). Claire was the leader supported by second group leader Julia and backmarkers Verity and Yaz.
We headed to the canal at Leamington Bridge, down the bumps to the Telfer subway and through Roseburn Park and into the unfamiliar maze of back streets around Carrick Knowe. It was here that we had to stop whilst a puncture was fixed. Via Maybury junction, Turnhouse Road, Cammo Walk and Whitehouse Road we arrived at Cramond for lunch. Here the group split in three. Two groups went to cafes at Cramond waterfront and Silverknowes Esplanade, whilst the picnicers sat in the warm sunshine on the waterfront. There was a moment when the picnicers and their bikes almost got knocked into the river by a reversing car pulling a yacht on a trailer. 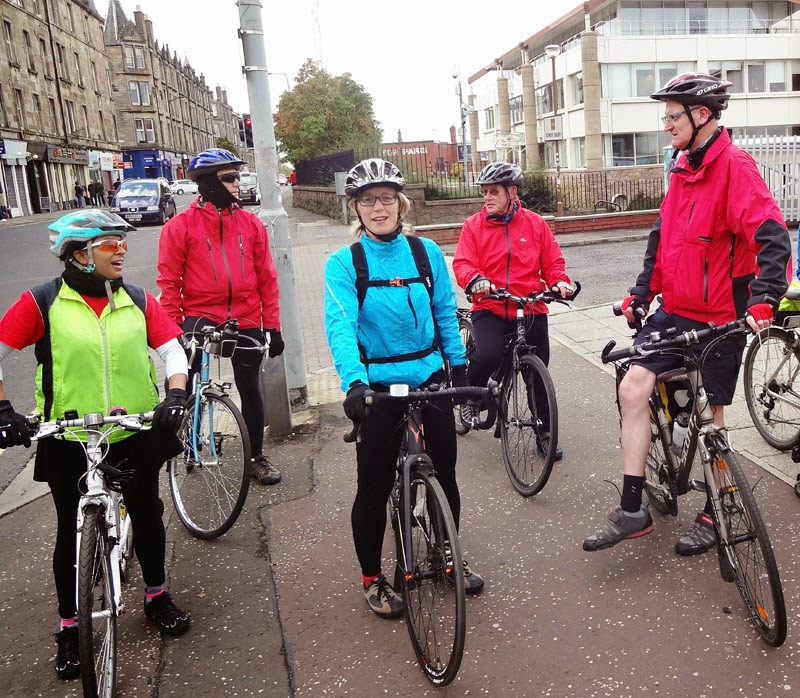 The sky turned grey and it looked like rain as we got back into our two groups ready to set off after lunch. Fortunately the rain never came and we headed back to the start via Silverknowes Esplanade, the Telford path, Dalry Road, Telfer subway and Leamington Bridge in pleasant sunshine.

Another successful ride enjoyed by all and expertly led by the ladies. The maze of back streets around Carrick Knowe were unfamiliar to many. Well done to Claire for leading us through them.