Despite dire warnings of a steep hill and unforecast showers, 21 riders assembled for the second Extra ride in what has been a busy month for the 20 Milers. Another late arriving rider managed to catch us en route at Whitecraig. 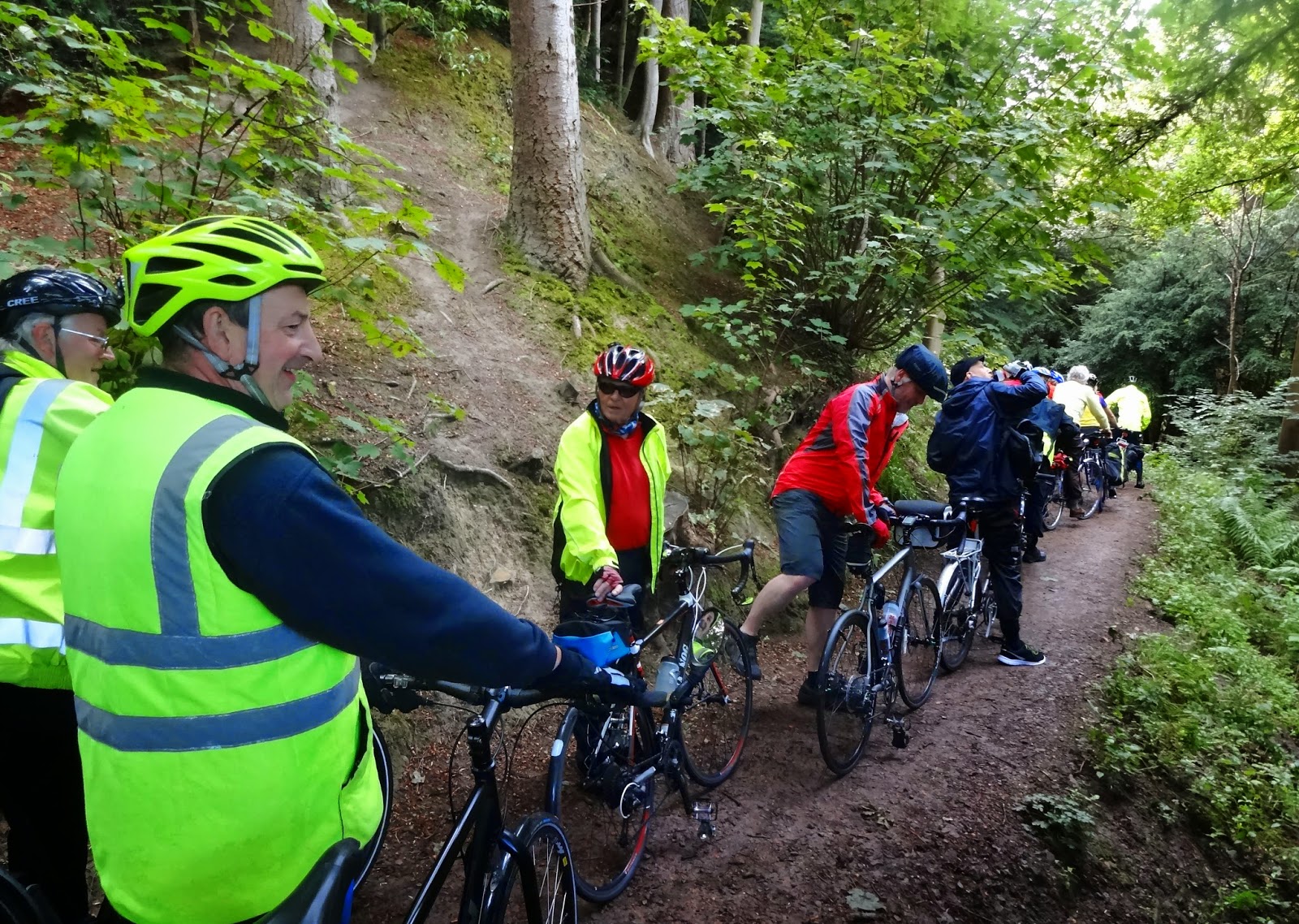 The group headed out along the Innocent Railway to start the day's ride to Roslin. All was going well until we had to stop and repair a puncture near Brunstane Station. With that fixed and brighter skies looming in East Lothian we kept heading out of town.

We looped round towards Dalkeith via Whitecraig, avoiding the High Street by cutting through the back streets to enter Ancrum Wood for our first stop of the day at Newbattle Abbey. There our leader provided chocolate and a short talk on the history of the Abbey before we continued on to “The Hill”. With the threat of no lunch for anyone failing to make it up the hill, everyone made it to the top before the short ride into Roslin. There the group dispersed between the hotel and tea room. The picnicers headed for the peace and quiet of the graveyard which went well with no complaints from the residents. 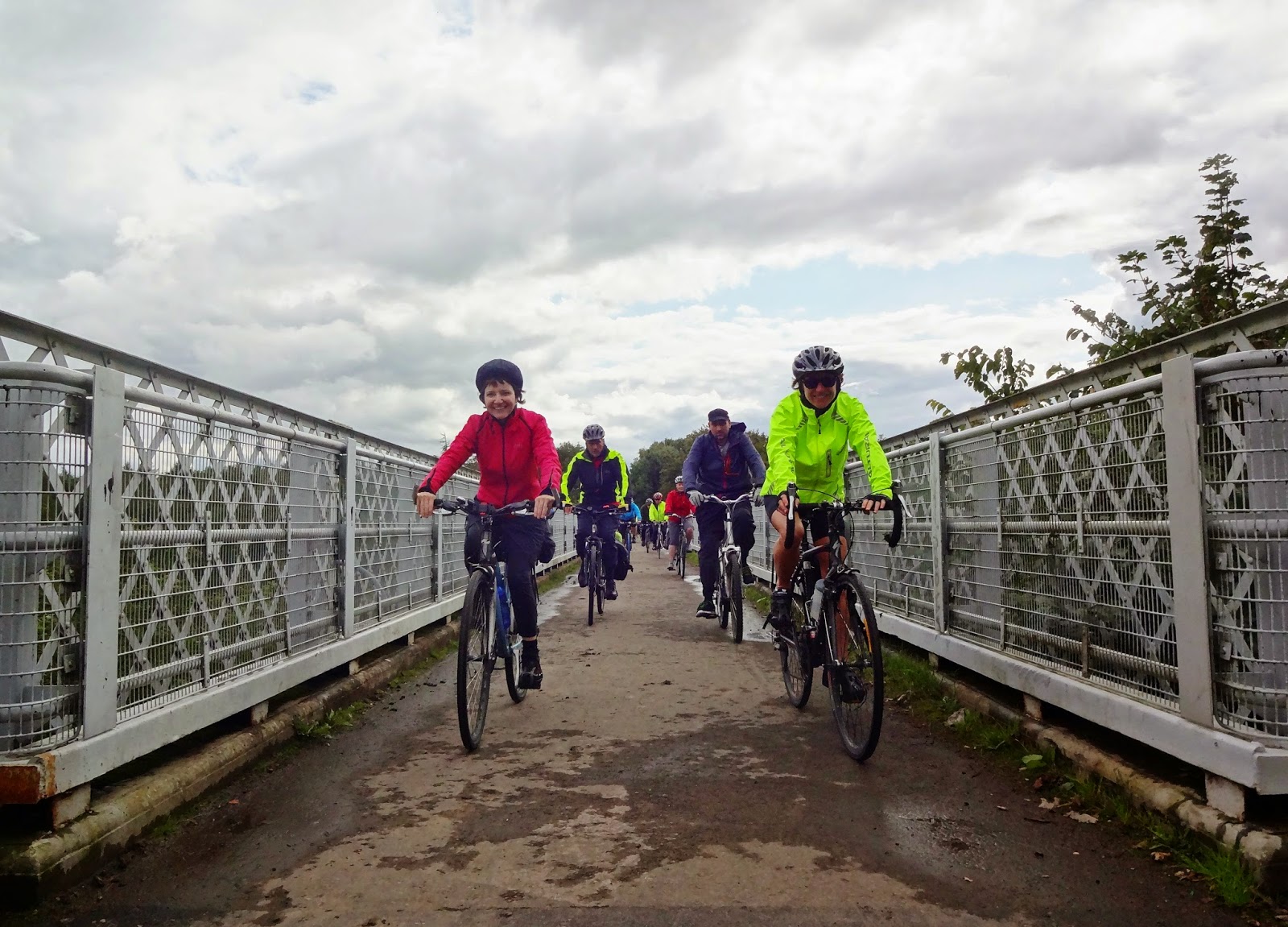 Following lunch we took the direct route back to town, going over Bilston Glen Viaduct and then tried out the new cycle path under the bypass to Lasswade Road. Hopefully the path will be continued eastward from its current finishing point sometime soon. The group headed back to town via the King’s Buildings and the Grange to return to the start point with several of us enjoying post-ride refreshments at Peter's Yard.

Thanks to David for leading us on an interesting and varied ride taking in the challenge of climbing Roslin Glen, leading us along the new stretch of cycle path, telling us about the history of Newbattle Abbey and most importantly, supplying the chocolates.


View 20-milers Extra in a larger map
Posted by Glenn Brearley at 21:43